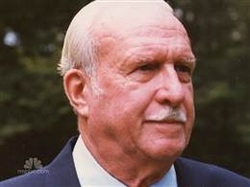 In the 1930’s George Devol realized how important factory robots could be. In 1954 he filed for a patent for his robotic arm that moved freely and could store large amounts of data.  In 1956 George Devol meet Joseph Engelberger and the two of them founded Unimation Inc. All of which was based off of Devol’s robotic arm. Unimation then became a booming company in robotics, including the creation of robots to weld paint and other various tasks. George Devol’s patent was the basis for many modern robotic engineers.
Powered by