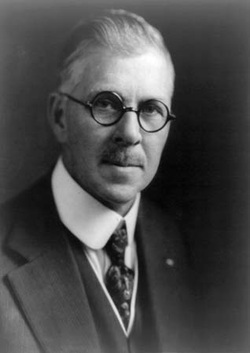 Born on June 3, 1850 in Lansing, Michigan and died on August 26, 1950. As a young boy Ransom Olds helped his father, a machinist, around his shop. He took an interest to gasoline engines as an early teen. Olds dropped out of high school, and attended Lansing Business College for a short period of time. Afterwards he began selling his "Curved Dashes" his first quadricycle. Olds used an assembly line in the making of the cars, and patented the assembly line process.
Powered by